My journey has only begun and I’ve already seen more of this country than on my first trip. Here’s how it’s gone so far with some photos to guide your imagination. (Massive pictures, click to enlarge smaller photos) 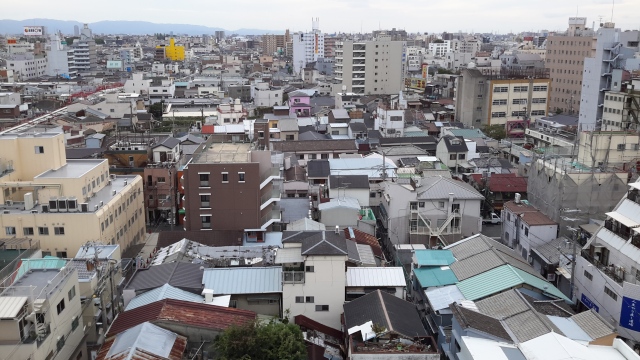 We arrived at Osaka after a 12 hour plane ride and took a train to our first hotel, the Chou Oasis. This is the view of from our room on the top floor.

After a much needed nap we set off to Osaka castle. After a train ride and a steamed bun we climbed the castle and had a look at the samurai museum before heading off to (as they like to call it)

Tempozan, the largest ferris wheel in the world.

We chose to use the glass floored seats, because it’s Japan, and we pretty much saw all of Osaka from the top of it. From there we went shopping in the mall below which had a pretty impressive petting zoo (look up Capibarra and Flemish giants).

From there it was nighttime and we went to the arcade district for some food. We got okonomiyaki (seafood pancakes) yakiniku style (selfmade). It was at that point we decided to go up the massive Tsutenkaku tower for desert. It was dominantly ice cream and pocky.

We took a few more trains… and that’s when we hit the jack pot and found what we were really looking for. Five floors of anime, Manga and games, stuff not yet available in western countries and a fair bit of it NSFW (the reason for no inside photos). Denden town (according to the Japan guide website) rivals Akihabara in Tokyo and it was here that we got a few more additions to our fellowship.

The souvenir hunt has begun!