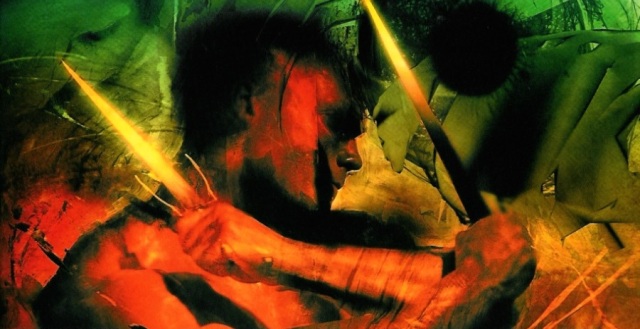 If Heroes Die was a stand alone book it would be my second favorite novel just under The Way of Kings. Alas it is not stand alone, and each sequel that follows it is as inferior as the last. Even so the series still gets a place in my Must Reads list for a few important reasons:
1. It has the balls to call itself science fantasy despite being an obscure genre as it falls under neither science fiction nor fantasy but rests perfectly in-between, 2. It uses elements that would dominantly be used in gaming anime and YA fantasy in the years to come but writes them perfectly for an adult audience and 3. it’s an undeniably kickass book.

Hari Michaelson is an actor on another planet that resembles a medieval fantasy world (which the books later try to justify through the silly concept that our ideas for medieval fantasy comes from this world). Working for a company that makes money from adventures on this world, he plays the infamous assassin, Caine Blackknife, a character who plays an integral part in shaping the very world he’s acting in. However, being practically owned by the company he works for, Hari is put into worse and worse roles, one of these roles being to befriend and kill a man who has powers akin to a god. 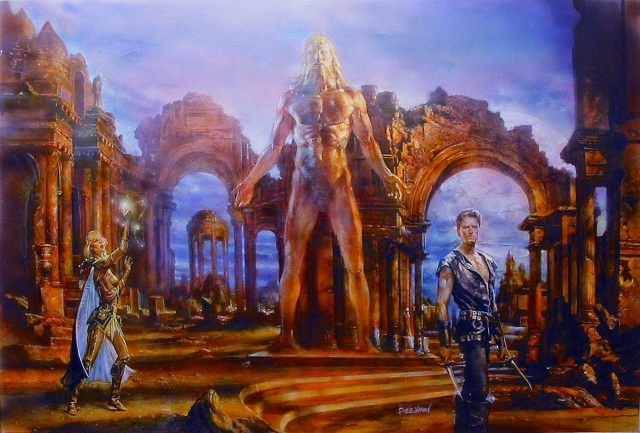 There are about five characters worth writing home about in this book and they all get ample attention. Although all of them could be considered badass there’s only one that fits the role of the hero well and they do help to justify the title of the book, but that’s not Hari. In fact Hari takes pride in not being a hero, much to the dismay of his wife, who goes by the actress name Pallas Ril and who gets so much power she becomes like a force of nature. The villains are also interesting, especially Ma’elKoth who for a tyrant is actually pretty intelligent. His underling, Berne, a rapist master swordsman takes the place as Hari’s rival in the first novel and there are some pretty epic fights between them.

The book is unique in that it swaps between first person and third person depending on the POV but it is in the first person that the narration really shines, Hari’s character voice rivaling that of Harry Dresden from the Dresden Files (what is it with the name Harry in fantasy anyway?). What makes it really stand out though is its attention to anatomy when it comes to the fights, which combines with the inner thoughts to feel a lot more visceral than your average action scene. Finally the ending, and what an ending! You can read a hundred books a year and not find an ending as satisfying as this one, which only makes the sequels all the more disappointing considering they are unnecessary.

Although I’ve been ragging on the sequels (which aren’t really that bad if I weren’t comparing them to the original), if you enjoy this book as much as I did, then you will probably enjoy the them as well, just not as much. Either way, this book is great and whether you’re a fan of fantasy or science fiction you should read it. The same goes for my own novel of the same genre when it is released this week. Now THAT’S how you do a Segway plug *pats self on the back*.