Game of Thrones vs. A Song of Ice and Fire [What’s the Difference?]

Many fans of the Game of Thrones series who haven’t read the A Song of Ice and Fire books always ask if there are any main differences between the books and the TV show. The short answer is yes, but they are few and far between, and the real question is how these differences might effect the story in the future. Firstly, a big spoiler warning for those who haven’t watched the books or read the TV show (wait a minute…)

Of course there are little differences between the show and the novels that don’t amount to anything e.g. Sir Valdis not being thrown through the Moondoor, Tyrion having his nose mostly cut off, Arya not using Jaqen H’ghar to escape from the Boltons instead of the Lannisters and almost every characters’ age. However, there are big changes and absences that were made that could easily diverge from many of the key plot lines later on in the story.

Considering the show has surpassed the books, I’m not going to go through all of things that the books might do differently but instead list the changes that may force the two stories to diverge. Here is a list with each of these main changes.

Every scene with Jaime and Bron in Dorne was exclusively made for the television series. The POV character who actually goes is Arys Oakheart. The Martells who tried to kill Princess Myrcella are swapped, and, although her death might occur in the next book, Gerold Dayne’s assassination attempt was not successful but Myrcella does lose an ear. The show also excludes the character of Quinten Martell who tried to get Daenerys to marry him and ended up being burned to death by her dragons, which is how the dragons escaped.

Theon’s escape and torture at the hand of Ramsey isn’t really shown in the book. Whoever killed Theon’s father, Balon, is left a mystery, although there are suspicions. Victarion’s POV, one of Theon’s uncles and a drowned priest is completely left out. Moqorro, a red priest that travels with Victarion, who is a lot more accurate than Melisandre in his predictions, is also left out entirely. It also excludes the plot tool of the Dragonbinder horn, which is said to command dragons, relating to his goal of teaming up with Daenerys. 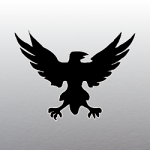 Here another magical horn is failed to be mentioned in the TV show. This time the Horn of Winter is said to shatter the wall is claimed by the watch and after this Janos Slynt is in place of Alester Thawn for the person originally going to be the next Lord Commander. Mance Rayder isn’t killed but swapped with Rattleshirt who is glamoured to look like Mance. Mance had also met Jon and the rest of the Starks before meeting him beyond the wall. Now Coldhands might be a left out character if he doesn’t end up being Benjen Stark, which Martin has said it isn’t, but even so, where’s his elk and ravens?

So Jane Westerling (Rob’s wife) wasn’t at the red wedding in the books, which means Rob could potentially have an heir. Jeyne, who is pretending to be Sansa is married to Ramsey Bolton and escapes with Theon instead of Sansa. Sansa is still with Little Finger. Bran isn’t the only one who can have Wolf Dreams (Arya and Jon can as well), and although it could still happen, Jojen Reed isn’t dead yet. Speaking of the dead, they have completely missed out the story of Lady Stoneheart (Catelyn Stark) being with the Band Without Banners. This diverges with many plot points in Brienne’s story.

There is good evidence that Melisandre didn’t actually kill Renly in the books. The blood of Gendry isn’t taken by Melisandre before he escapes, he simply stays with the Brotherhood Without Banners. The blood that Melisandre uses for her leach ritual is another Baratheon bastard that Stannis was taking care of, and, in the books, Stannis and his family are not dead but has taken the Dreadfort and is still going strong.

Jaime leads the army to fight on Raventree Hall, where the rest of the Stark supporters are held up, instead of Riverrun. In the books it is Ilyn Payne instead or Bron that goes with him and the Seige is ended without a single life taken. When Cersei loses all control in her bitchy, drunken, bisexual slump,  Kevin Lannister takes over and ends up becoming a very good Hand of the King… and then Varys kills him and Pycelle, not Qyburn, because he wants the chaos to continue for Aegon’s invasion.

Quaithes prophecies for Daenerys have been missed out, but with them coming true in the show anyway, they’re a little redundant. Strong Belwas is one of her of guardians that is missed out. Young Griff, or Aegon Targarian, who is the true son of Elia Martell and Rhaegar Targaryen was swapped for another baby. This is entirely missed out and their campaign is a huge part of Tyrion and Varys’ plot. Also only the Targaryens have the dragon dreams… and Tyrion, which is another plot element/red herrring that’s ignored.

The only other thing I can remember is that Samwell learns a lot about magic and the Maesters from Old Town but I suppose with him just arriving there in the TV show, that’s something they haven’t yet got to. In other words “You know nothing, show watchers.”